Pre-Kindergarten Traditional and Tuition Based 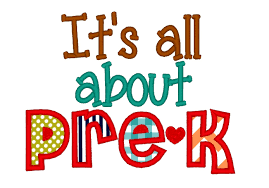 Alvord ISD offers traditional Pre-Kindergarten to students who are at least 4 years old by September 1 of the current school year and meet at least one of the following criteria:

If students DO NOT meet at least one of the criteria above, they may be eligible for Alvord ISD’s Tuition-Based Pre-K Program

Space in the Tuition-Based Pre-Kindergarten Program is limited.

Annual tuition for tuition-based Pre K is $3000.00. Tuition can be paid annually, by semester, with two payments of $1500.00 or monthly in 10 installments beginning in August.  The first tuition payment, $300.00 is required before enrollment. Further payments are due on the 15th of each month. A $20 late fee is charged to late payments.

A limited number of tuition-based spots may become  available. Placement is decided through the tuition-based lottery after the school year starts.

Those not drawn in the lottery are placed in the order in which they were drawn. Open seats will be filled with the lottery waiting list as they come available.